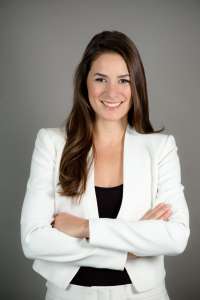 Then came the pushback from critics, including an online petition signed by more than 87,000 people stating that the app is “irresponsible” because it could lead children to develop eating disorders.

Within days, an op-ed appeared in the New York Times. Christy Harrison, a registered dietitian, wrote in her article, “I Help People Recover from Disordered Eating. Don’t Give Your Child This App,” that “attempts to shrink a child’s body are likely to be both ineffective and harmful to physical and mental health.”

Now, obesity specialist and HOBI Assistant Professor Michelle Cardel, Ph.D., R.D. has joined the national discussion. Cardel collaborated with Elsie Taveras, M.D., a pediatrician and professor at Harvard and a member of the 2020 Dietary Guidelines Committee, to write a commentary on the subject, which was published in the journal Child Obesity on Aug. 26.

Both Cardel and Taveras were interviewed by New York Times columnist Perri Klass, M.D., and quoted in her Aug. 26 column, “Helping Children Learn to Eat Well.”

“We always take the approach of ‘first, do no harm,’” Dr. Cardel was quoted as saying in the article. “But we also do need to take into account the health issues of obesity … which affects almost one of every five children from 2 to 19 years old, and one in four children in lower socioeconomic groups. It is linked to cardiometabolic disease and certain types of cancer, and also affects a child’s emotional health.”

In 2018, Cardel received a 5-year, $782,232 K-Award from the National Institutes of Health to develop a weight loss intervention aimed at teenagers.