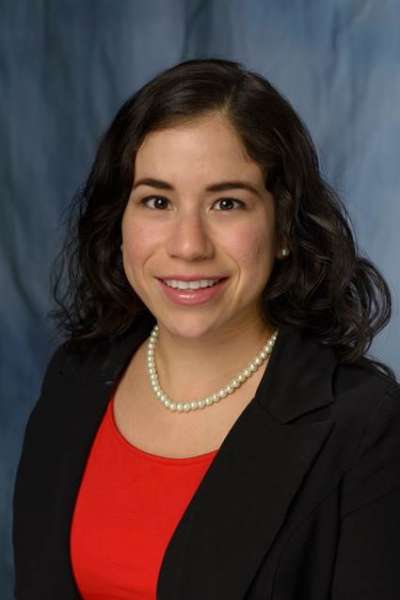 It takes a village to solve a global health problem.

Sarah Chavez, a Ph.D. student in the Department of Health Outcomes & Policy, says this strategy proved to be a winner when she and five teammates applied it to a real-world public health problem in Lagos, Nigeria, during the 2016 UF Global Health Case Competition in January.

Chavez was a member of the winning team in this year’s competition, which UF hosted for the first time in 2014 as a way to promote collaboration among students from diverse academic backgrounds as they work together to solve a complex global health issue. The competition is free and open to all UF students, who must register online to be considered. Those accepted for the competition are randomly grouped into teams of four to six. Each team receives a case packet containing details about a country (or countries), a public health issue in that country, and some of the legal, political and cultural factors that may complicate the issue. Teams have 48 hours to analyze the problem, develop recommendations, and create a 15-minute presentation for the faculty judges.

This year’s case brought students together to confront water and sanitation management issues with the goal of limiting the potential for disease outbreaks in Lagos. Already the most populous city in Africa, Lagos’ population is expected to double by 2050, straining the infrastructure that is already lacking.

Chavez credits the win with the team’s community-based approach.

The team’s proposal focused on building upon existing resources and organizations, such as local churches, mosques, the National Youth Service Corps, and the Lagos Waste Management Authority. The team proposed an educational program to increase awareness of hygiene, change individual behaviors, and increase community involvement. The team also recommended that the Lagos state government partner with water manufacturers and solid waste management to increase and enforce quality assurance testing.

To effectively craft a compelling and comprehensive plan to tackle sanitation and disease prevention issues in Lagos, Chavez said she employed skills and knowledge she has gained throughout her graduate classes in the Department of Health Outcomes & Policy.

“Each class has diversified my scope of knowledge and has motivated me to use the skills outside of the classroom,” Chavez said. “I can definitely see myself working with a multidisciplinary team to help contribute to solving global health problems. I find great reward in helping to prevent disease among vulnerable populations through surveillance, research, and policy.”

“Each team member contributed expertise from their particular field of study and we were able to come together to produce a really creative solution,” Chavez said. “The competition was organized very nicely and we had the opportunity to converse with the other teams and faculty after the competition ended. My team enjoyed working together and we are looking forward to competing at Emory in April.”

The team will compete at the 2016 International Emory Global Health Case Competition at Emory University in Atlanta during the first week of April.