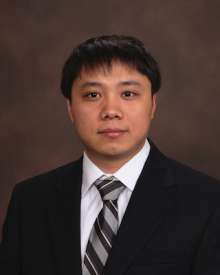 UF Health researchers sifting through millions of electronic health records found evidence that nine noncancer drugs already being used to treat other health conditions may also have the potential to improve cancer survival.

The researchers hope that with additional study, some of these drugs, currently used to treat noncancerous health conditions such as high cholesterol, acid reflux, hypertension and diabetes, could be repurposed as effective cancer treatments.

Cancer drug development is increasingly expensive and time consuming, according to Yonghui Wu, Ph.D., assistant professor in UF Health’s department of health outcomes and biomedical informatics (HOBI). Developing a new cancer-treating drug can cost anywhere from $648 million to $2.5 billion and take nine to 12 years before it is available on the market. Fewer than eight percent of cancer drugs being developed successfully make it to the market, he said.

Because of the time and expense involved in successfully developing cancer treatment drugs, researchers have begun looking for alternative methods to speed the process. Drug repurposing has received much attention in recent years as one potential solution to speed up drug development. Drug repositioning has grown up from occasional cases to a mature technology owing to a better understanding of drugs’ mechanics and the accumulation of large amounts of biomedical and clinical data.

Wu said this novel method of drug discovery, reported in the May 2019 issue of the Journal of Clinical Cancer Informatics, sets up a new model for drug repurposing signal detection using electronic health records and has the potential to save a significant amount of money and time.

Wu cautioned that more research is needed to further examine the signals. However, he has full confidence in another of the study’s findings:

“Our study demonstrates that the use of electronic health records is feasible as a new resource to identify drugs that show promise for repurposing,” he said.