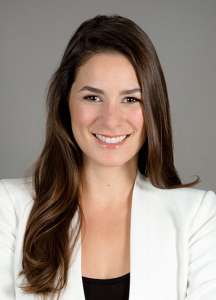 Does the stress of racial discrimination or living in a high-crime neighborhood contribute to an elevated risk of heart disease and diabetes among African American men and women?

To find out, UF Health researchers used data from the Jackson Heart Study, the largest longitudinal study of African Americans ever undertaken, to look for an association between emotional stress and the severity of a physical condition known as metabolic syndrome.

About one in three Americans develops metabolic syndrome, a cluster of risk factors such as high blood pressure, high blood sugar, high cholesterol and excess abdominal weight that greatly increases an individual’s chances of developing heart disease and Type 2 diabetes, according to Michelle Cardel, Ph.D., R.D., in the Department of Health Outcomes & Biomedical Informatics at UF, the lead author of the study. The research, funded by a grant from the National Heart Lung and Blood Institute, was published in a recent issue of Psychoneuroendorcinology.

Although researchers aren’t sure why, African Americans are somewhat more susceptible to developing metabolic syndrome than whites.

Cardel and her team identified 3,870 African American Jackson Heart Study participants with metabolic syndrome. Sixty-three percent were women and the average age was 58. The team evaluated the severity of their metabolic syndrome against three measures of psychosocial stress:

The researchers didn’t find a significant association between weekly stress and the severity of metabolic syndrome in the data. However, they did find that:

“We need to be careful in interpreting the results,” Cardel cautioned. “While this study does show an association between chronic and major stress and more severe metabolic syndrome, it doesn’t prove that stress causes more severe metabolic syndrome among African American men or women,” she said. “However, it does raise some intriguing questions about potential differences in the way African American men and women handle stress.”