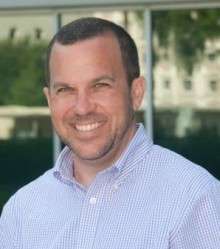 HOP researcher Chris Delcher, Ph.D., is working with the U.S. Centers for Disease Control and Prevention (CDC) and the World Health Organization (WHO) to help the Haitian government and other nations hardest hit by HIV/AIDS to evaluate and fine-tune their prevention and treatment programs. In 2016 Delcher received funding from the National Alliance of State and Territorial AIDS Directors’ (NASTAD) to work on the project, which focuses on identifying unmet needs and evaluating critical gaps in programs and services for these countries with the goal of eradicating the HIV/AIDS epidemic by 2030.

In June, the CDC reported that eight out of 10 high-burden countries—including Haiti—had made significant progress on at least one measure: initiation of treatment with antiretroviral therapy (ART) at the time of a patient’s diagnosis.

In many countries hit hardest by the HIV/AIDS epidemic, treatment traditionally was not initiated until the disease had progressed to an advanced stage. However, since 2013, the WHO has adopted a “treat all” policy, recommending that anyone infected with HIV start treatment with ART at the time of diagnosis. Evidence shows that early treatment leads to dramatically improved health outcomes for patients. Moreover, early initiation of ART also has been associated with a 96 percent drop in the transmission of the disease to a non-infected partner.

The CDC report, published in the June 2, 2017 issue of Morbidity and Mortality Weekly Report, was based on an analysis of 694,138 electronic health records for adults from 797 ART facilities in 10 high-burden countries from 2004-2015, including Haiti, Mozambique, Namibia, Nigeria, Swaziland, Tanzania, Uganda, Vietnam, Zambia and Zimbabwe. Whenever possible, the researchers used a common disease marker — blood levels of CD4+ T-cells, a type of immune cell – to determine the stage of disease progression at the start of ART. The HIV virus attacks healthy CD4+ T-cells to replicate the virus, eventually killing the immune cells. Lower levels of CD4+ T-cells indicate more advanced stages of the disease.

The researchers found that ART initiation when patients have advanced disease declined in eight of the 10 countries evaluated, including Haiti, where prevalence of advanced disease at ART initiation declined from 75 percent to 34 percent from 2004 to 2015. In addition, prevalence of CD4+ levels less than 100 units per microliter at the time of treatment initiation declined from 49 percent to 20 percent in Haiti during the study period, indicating that patients were being treated at earlier stages in the disease.

“This reflects the rapid scale-up of HIV testing and treatment services in these countries since 2004, and evolution of HIV treatment guidelines encouraging earlier ART initiation,” the authors wrote.

The researchers also pointed out that up to one-third of new ART enrollees in many high-burden countries in 2015 started ART with advanced disease, indicating that “continued scale-up of interventions to facilitate earlier testing and treatment are needed.”

In addition, they  found that 40 percent of the 694,138 medical records reviewed lacked documentation of a baseline CD4+ T-cells, ranging from 9 percent in Swaziland to 53 percent in Zimbabwe.

Without a baseline CD4, it is difficult to determine which patients would benefit from additional therapies that have the potential to reduce advanced stages of disease and mortality.