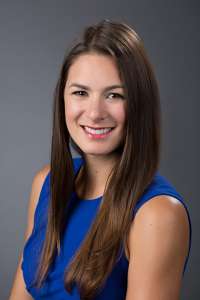 Michelle Cardel, Ph.D., R.D., says America’s healthiest cities are the ones that create a “culture of health” for their residents.

Cardel, a registered dietitian and assistant professor in the Department of Health Outcomes & Policy at UF, was among 11 experts nationwide invited to comment on the article “2017’s Healthiest Cities in America” for WalletHub.com.

Cardel, who is also a faculty member at UF’s Institute for Child Health Policy and is chair-elect of the American Society of Nutrition’s Obesity Research Interest Section, drew on her research expertise in nutrition, obesity, weight management, pediatric obesity, psychosocial factors contributing to obesity, and health disparities to discuss how Americans living in cities can lead a healthy, active lifestyle, and how cities can help their residents live more healthfully.

WalletHub, a website that offers financial advising, compared 150 of the most populated U.S. cities using 34 indicators across four key dimensions of health—health care, food, fitness, and green space— to determine which cities prioritize residents’ health and well-being. The highest ranked city overall was San Francisco. Detroit ranked at the bottom of WalletHub’s list.

Of the 11 Florida cities listed, Fort Lauderdale led the state with a 12th place ranking overall. Orlando ranked 20th overall, Tampa placed 27th and Miami ranked 42nd. Hialeah, the lowest-ranked Florida city, was number 133 on the list.  The interactive list also provides city rankings across each of the four dimensions of health.

What can cities do to encourage residents to invest in their health?

“As a city, it may not be as effective to attempt to ‘convince people’ to invest in their health as it is simply to change the environment around them,” she said. As an example, she pointed to ‘food deserts’ in many cities, where residents do not have access to healthy food like fruits and vegetables.