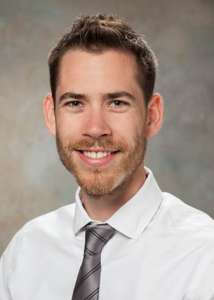 Martin Wegman, an NIH Ruth L. Kirschstein National Research Service Awardee and M.D.-Ph.D. candidate at the University of Florida, is lead author of the first study to demonstrate that compulsory drug detention centers (CDDCs)—widely used in Asia and Southeast Asia—are ineffective in treating opioid addiction. The article appeared in the December 7, 2016 issue of The Lancet Global Health, a journal published by the British medical journal The Lancet.

The article, “Relapse to opioid use in opioid-dependent individuals released from compulsory drug detention centers compared with those from voluntary methadone treatment centers in Malaysia: a two-arm, prospective observational study,” was based on research Wegman conducted in Malaysia, along with Yale professor Frederick Altice, M.D., and Adeeba Kamarulzaman, M.D., the dean of the University of Malaya Medical School in Kuala Lumpur.  Wegman’s research in Malaysia was funded by a Doris Duke Charitable Foundation International Clinical Research Fellowship.

As an M.D.-Ph.D. candidate at UF, Wegman has focused his research broadly on understanding the impacts of programs and policies targeting marginalized populations. His dissertation examines changes in Medicaid health care delivery for persons with both mental and physical illness, in collaboration with Betsy Shenkman, Ph.D., chair of the Department of Health Outcomes & Policy and director of the Institute for Child Health Policy.

According to a press release issued by The Lancet Global Health, “This study is the first to examine the risk of relapse from compulsory centers and concludes that they have no role in the treatment of opioid addiction. It strongly supports international calls for all countries to eliminate compulsory drug detention centers, and scale up evidence-based treatments such as methadone in voluntary community treatment settings.”

Compulsory drug treatment centers (CDDCs) were introduced in Malaysia in 1978 in response to a heroin epidemic. In 2010, nearly 7,000 individuals were housed in 28 detention facilities. Throughout Asia, more than 600,000 people are detained in CDDCs. Because the detention centers essentially provide nothing in the way of drug treatment, and because many countries that use CDDS also have evidence of human rights abuses, many international agencies, including the United Nations, have called for their systematic closure.

In a linked comment to the Lancet Global Health study, Gino Vumbaca from Harm Reduction Australia, wrote, “Evidence on the effectiveness of compulsory and voluntary drug dependence treatment in the Asian region has been scarce, and this study is a much needed addition to the evidence base that is required to inform policy making… The present study provides solid evidence in support of an urgent need to expand availability of and access to evidence-based voluntary drug dependence treatment approaches to all whom are affected by drug dependence.”

Wegman said that although the study was observational, it provides clear evidence that CDDCs are ineffective in the treatment of opioid addiction.

“Publishing in Lancet Global Health underscores the rigor and importance of this work, which we hope will translate into a reformulation of regional drug policy for the benefit of all members of society,” said Wegman. “Thanks to my Malaysian colleagues, the findings from this study are already beginning to reach key Malaysian drug policy makers.”

“I’m excited to continue to contribute high-quality evidence to guide the transition,” he said.