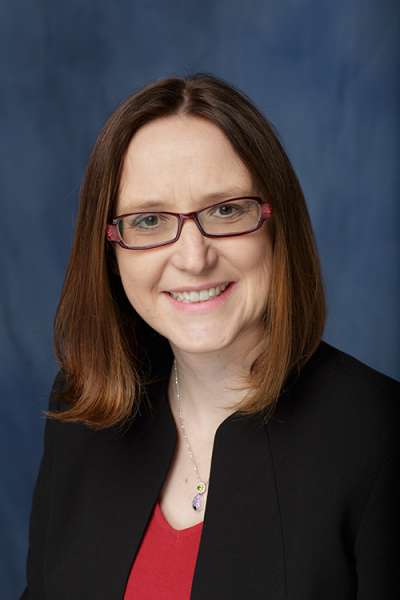 Stephanie Staras, Ph.D., an assistant professor in the Department of Health Outcomes & Policy, and Robert Lawrence, M.D., in the Department of Pediatrics, are co-principal investigators of a new $293,615 grant from Pfizer to test a school-based education and immunization program for meningococcal serogroup B (MenB) vaccine aimed at older teenagers and young adults.

Lawrence, a professor of immunology, rheumatology and infectious disease, conceived the idea for the program. Staras, who also studies vaccination programs to prevent human papillomavirus (HPV) in adolescents, said the MenB vaccination program targets youths ages 16 through 23, an age group at increased risk of acquiring this serious bacterial infection.

Meningococcal disease develops when any of 12 groups of Neisseria meningitidis bacteria – including serogroups A, B, C, W and Y – infect the protective membranes surrounding the brain and spinal cord. Although rare, the infection is contagious and potentially life threatening. Among 13- to 17-year-olds nationally, the vaccine for types A, C, W and Y has approximately 79 percent coverage for the first dose and 29 percent coverage for the second dose. Florida vaccination rates are similar. Yet, Florida registry data for Alachua County suggest that for every ten teens vaccinated for the A, C, W and Y types, only one has received the vaccine for serotype B.

According to the Centers for Disease Control and Prevention (CDC), about 10 to 15 percent of those who contract meningitis die, sometimes within 24 hours of infection. Another 10 to 20 percent suffer from serious, permanent disabilities, such as brain damage, nervous system problems, hearing loss, kidney damage, amputations, or scarring from skin grafts.

Risk factors for older teens and young adults include crowded housing both on and off campus, cigarette smoking and passive smoking, along with other viral infections. Drinking alcohol, sharing food and drinks with several friends, and going to bars and nightclubs also have been associated with higher risk for disease.

The CDC recommends that teenagers and young adults ages 16-23—especially those ages 16 to 18— get the new meningitis B vaccine. Pfizer manufactures one of the two new MenB vaccines that came on the market in late 2014 and early 2015. Existing vaccines, such as Menactra, MenHibrix, Menomune and Menveo, which have been on the market since the 1990s, protect against serogroups A, C, W and Y.

The immunization campaign will be launched in the eight Alachua county high schools and at the University of Florida beginning in November 2016. The team will compare vaccination rates here with those of high school and college students in a similar Florida county. The comparison county schools will receive the intervention once the study is complete.

During the two-year school-based immunization program, the researchers hope to increase public awareness of the vaccine, educate parents, peers and students, and empower students to get the vaccine. Alachua County public schools have already participated in communitywide flu vaccine campaigns, which have dramatically reduced the number of flu cases in the county.

“If the program is a success, we hope it will serve as a model for improving MenB vaccine rates in other counties in Florida and nationwide,” Staras said.