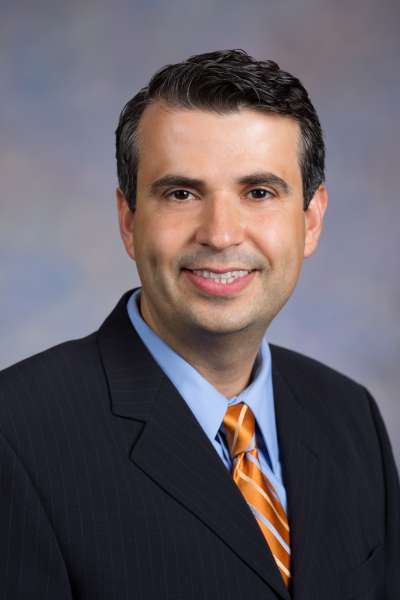 Pointing to an alarming rise in the number of U.S. youths who use a waterpipe, or hookah, to smoke tobacco, Ramzi Salloum, Ph.D., and two Florida-based public health researchers, are calling for more research to support recent government efforts to regulate the tobacco use method.

Salloum, assistant professor in the Department of Health Outcomes & Policy at UF, was lead author of a commentary, “Toward a Regulatory Framework for the Waterpipe,” published online ahead of print in the August 23 issue of the American Journal of Public Health. His co-authors included Taghrid Asfar, M.D., in the department of public health sciences at the University of Miami Miller School of Medicine in Miami, and Wasim Maziak, M.D., Ph.D., professor and chair of the department of epidemiology at Florida International University’s Robert Stempel College of Public Health and Social Work in Miami.

Citing figures from the National Youth Tobacco Survey, the authors point out that the rate of high school-aged hookah smokers has nearly doubled during the past few years, from 4.1 percent in 2011 to 9.4 percent in 2014.

“If this trend continues, waterpipe smoking could potentially reverse the substantial declines seen in the rate of cigarette smoking among teens in the past two decades,” said Salloum, a health economist who specializes in cancer prevention and tobacco control.

In their commentary, Salloum and his co-authors say a lack of government regulation of the waterpipe is likely to be a factor contributing to the rising number of youths who use it.

Although federal law prohibits the sale of tobacco products to minors in all 50 states, waterpipe products are largely unregulated, Salloum said. Because waterpipes are comprised of a number of components, including tobacco, charcoal, and the waterpipe itself, regulating them is more complicated than regulating other tobacco products.

Moreover, Salloum and his co-authors point out that waterpipe use is typically associated with a particular setting—waterpipe cafés or hookah lounges. To complicate matters, hookah lounges are exempt from clean indoor air laws in many jurisdictions.

However, the government now appears poised to take on an increasingly regulatory role. The federal Family Smoking Prevention and Tobacco Control Act extended the authority of the U.S. Food and Drug Administration (FDA) to include regulation of waterpipe products in 2009. Earlier this year, the FDA finalized a rule extending its authority over waterpipe products.

In the commentary, Salloum and his co-authors call for more research to provide the evidence needed to back these regulatory efforts and to clear up a number of misconceptions that people have about waterpipe smoking.

For example, many people mistakenly believe that smoking tobacco through a waterpipe is safer than cigarettes because the smoke passes through water before the smoker inhales it.

However, the researchers write, “A growing body of evidence suggests that waterpipe smoking can lead to dependence and many of the known smoking-related diseases, including cancer, cardiovascular disease, and adverse pregnancy outcomes.”